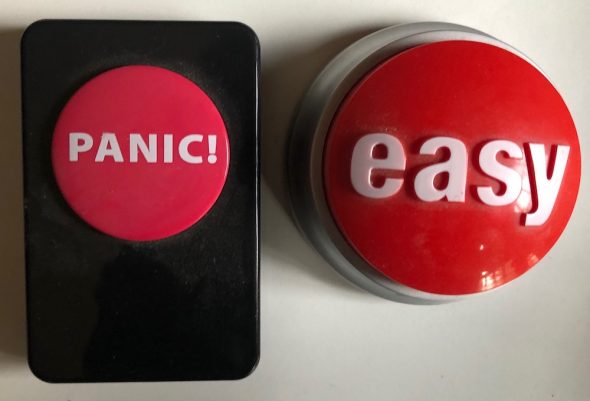 For all the coverage of the pandemic, there’s been precious little if any sense of what changes are in store for our world. In most articles and conversations, the focus is on a “return to normal,” though sometimes there’s a phrase added in, like “whatever that will be.”

With the advent of vaccines that are now (too) slowly being distributed, there’s good reason to be hopeful that we will finally get back to a modicum of recognizable life, including seeing peoples’ faces, embracing folks we love, and going out shopping and dining without fear of contracting the virus. I, too, am tired of Zoom meetings and need to get back out in the field.

But what will that field look like? The ongoing discussions about economic recovery do little to illuminate the full scope of what lies ahead. These models of supply and demand, income and spending, tax rates and tax revenues, are generally based in a static economic model of a business cycle. Thus the recurring reference to the stock market index or quarterly growth rates in employment and consumer spending. None of that tells us what the post-pandemic world might look like. At the risk of sounding like some amateur futurologist, here’s my sense of some basic areas that will be different as we move forward. I’ll call it “pandenomics.”

The pandemic has been an accelerator of economic inequality. Rich people got richer and poor people have been getting poorer, with the middle class shrinking and for the most part sinking. That’s because wage rates have not kept up with the real cost of living, savings have been hollowed out, and all of the tax breaks of the last 30 years have gone to those with large assets.

The pandemic relief bills have done nothing to alleviate that imbalance. In fact, they accelerate it, with ordinary tax payers (up to a certain level) getting a check or two in the mail while businesses have access to subsidies that are not required to be passed on to employees. In some cases they have been; in many cases they have not and there’s been no built-in regulatory oversight by the Treasury Department to manage how companies handle their subsidies.

Internationally, we are going to see a widening rift between the have and the have-not countries when it comes to access to the vaccine. This will exacerbate the already considerable worldwide gap in wealth, health, quality of life and ability of states to manage their environmental affairs. Someone has to pay for the vaccine; someone has to gain access to supplies and distribution networks. Poor, developing countries and those with non-functioning states or outright authoritarian regimes are not going to be able or willing to develop the capacity to inoculate their populations in sufficient numbers to produce herd immunity. They lack budgets, will power and infrastructure for the necessary preventive measures. This is going to make life in those countries even more precarious than it has been.

Back home, our everyday lives will be very different no matter how soon the vaccine becomes widely adopted. There’s already been a dramatic shift the last nine months to online shopping – witness the daily parade of UPS, USPS and Amazon delivery trucks in every neighborhood. Brick and mortar shopping, already under stress the last few years, will accelerate in its decline. It will not go away; there will always be place for smaller, boutique marketing. But the shift will prove near-fatal for the kind of mid-level buying that takes place at shopping malls, with more of these closing each year and likely headed towards conversion for use as senior-living centers or health care centers.

Meanwhile, the big box stores like Walmart will continue to flourish because they offer the kind of large scale shopping at discounted prices that have been destroying mid-level shops for decades. So we’re going to see a concentration of the marketing system, which means depressed wages and a loss of entrepreneurial ownership as a basic skill set of the economy.

Rural America is in serious trouble, with town centers under pressure from a loss of commercial life to these big-box stores on an isolated stretch of land nowhere near where people used to gather. That has already meant a considerable loss in the ability of people to meet, talk, and engage each other civilly in the ways that are so crucial to building a sense of community. Add to these economic pressures the fateful consequence of overwhelmed rural health care systems and you have a formula for depopulation and loss of the next generation of residents. The trends across the American West are unmistakable, not only in Native American communities but across the prairie lands and farm communities – as it has been across Appalachia.

The American political system is predicated upon some version of a reasonable balance between less populated states and more populous ones. That was the basis for the division of Congress, with populated states getting proportional representation in the House and less populated states getting the same representation as big states in the Senate. The same apportionment rules animate the Electoral College. But as we move ahead we are going to see a greater imbalance than ever in geographical distribution, with suburbs in particular swelling while rural America empties out.

This is going to exaggerate the inequities in power whereby a Wyoming or South Dakota has the same voice in the Senate’s approval of legislation or nominations as does New York or California. The inequity is growing and the difficulty of adapting to a more representative legislative and electoral system is going to be a drag on the government, producing a built-in reactionary effect at the national level. It is going to lead to more distorted outcomes like a Supreme Court that does not reflect the population’s diversity of opinions and identities; and presidential elections in which candidates winning a majority of votes still lose out in the Electoral College.

Everything we know of is going to be affected to some degree. The diversity of restaurant life is going to narrow. Spacing in theaters and sports arenas will come under more scrutiny and might require less intimate seating than we had become accustomed to. The willingness of people to use mass transit – already ridership is down across the country – might take a long while to recover, if it ever does.

One thing we have learned of late: having the workforce gather centrally in an office is not as necessary as it used to be. This will have a profound effect on existing downtown space allocation. And it is likely to end up with many more workers “officing” from home. Anyone who doubts this ought to try buying a printer these days from Staples. Stock is flying off the shelves. No wonder home improvement is at an all time high.

The extreme nesting and self-reliance we’ve cultivated these last nine months are not going to disappear. In fact, we’re headed toward more privatization, more isolation from the kinds of engaged civic interaction that had previously characterized our lives. To what extent remains to be seen. One way or another, “pandenomics” is already reshaping our future.