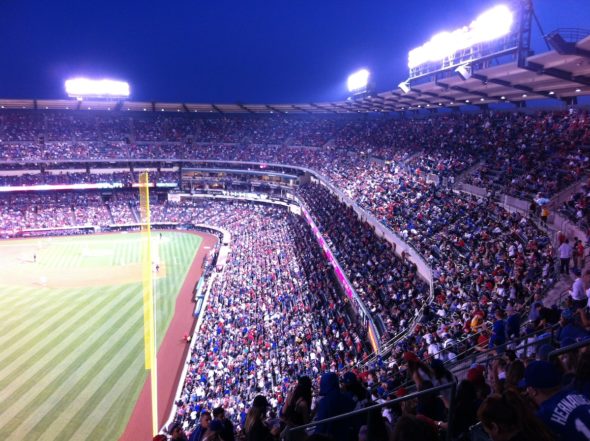 Yesterday was an interesting day for the sports world. Anyone who thinks that professional and college athletics will soon be leading us out of pandemic darkness and back into the light of everyday normalcy has now to reconsider.

Yesterday, 23 Clemson University football players were found to have tested positive for the Coronavirus. The Philadelphia Phillies announced that five baseball players tested positive for infection and shut down the team’s training camp; they were joined by four other MLB teams who closed down their camps because of positive tests by personnel.

Out on the PGA Tour, Nick Watney withdrew from the second round of a tournament after testing positive, but not before he wandered around the practice range and casually chatted up a number of his colleagues. His fellow competitors and their caddies will have to get retested. Presumably (for now) this is an isolated event. If the efforts taken for next week’s PGA Tour event in Connecticut, the Travelers Championship, are any indication, it takes a lot to create a hermetically sealed, safe bubble for an individual sport like golf, let alone for team sports.

You’re monitoring athletes, their immediate assistants, coaches, referees and a stripped down cast crew of tournament organizers and broadcast media. Social distancing? I searched for evidence on TV the previous week during the PGA Tour’s first event back after 13 weeks off, the MasterCard Colonial from Ft. Worth Texas, and recall seeing no more than a handful of masks out there all week.

Meanwhile, plans for the National Basketball Association to conduct a makeshift version of a season plus playoffs would involve 22 of the league’s 30 teams converging on Disney World in central Florida. There, living in a protective bubble and going nowhere but hotel, restaurant and basketball court, they’d play out their games. This in a state that opened too early – actually it never officially closed – and is now in the midst of a dramatic uptick. To what extent is impossible to verify, since Florida Gov. Ron DeSantis has decided that Coronavirus data are state secrets. So much for sunshine laws in the Sunshine State.

How can anyone seriously think that college football is coming back in late summer? NCAA football might well be a live or die matter in the American South, but across the entire country, the rejigging and restructuring that higher education has to go through to make campuses reasonably safe for classrooms to reopen have been taxing trustees, deans and professors for months now. Anyone who remembers college days – given my generation’s experience in the 1970s, remembering any of it would be an achievement – knows that college is all about hanging out, parties, all night bull sessions, dating, dancing and sharing everything from locker rooms and dance halls to joints and mosh pits. You’re not going to sanitize and spread all of that and somehow make it safe for 20,000 late-teens – whose sense of self-discipline does not normally include the basic acts of citizenship required of social distancing and donning masks.

Now take a team of late-teen athletes: footballers who spend 4-6 hours a day in gyms. In tightly packed classrooms studying film. Or outdoors in huddles, tackling, running routes and generally crashing into people or piling onto them. There is no possible way the logistics of all of that can be made to function safely in the month or two we have before these campuses and their gyms are expected to reopen.

Sorry. I feel bad about it, too. It’s certainly not that I’m anti-sports. I make a living writing about sports, mainly golf, and have loved sports since my earliest memory of any game, which was the 1962 World Series. It would be an interesting exercise to see how much time since then I have spent playing sports, watching them on TV, attending events, listening to sports radio and reading about the athletes. I also happen to love ballparks of all types and have amassed a pretty good lifetime collection of different venues among the big four sports: 7 NBA arenas, 18 NHL, 5 NFL and 38 major league ballparks (sadly, I missed out on the Polo Grounds and Ebbets Field).

I’m happy here in the Hartford area if I’m sitting in 6,100-seat Dunkin’ Donuts Parks watching the Hartford Yard Goats, a Double-A affiliate of the Colorado Rockies. I miss taking our grandkids there or to newly reconstructed Dillon Stadium, capacity 5,000, for Hartford Athletic soccer. And I certainly miss watching the New York Mets and the New York Jets, for better or (much) worse my two favorite teams from back in my youthful days in Queens.

All of that joy and hopefulness about rooting for a team make no sense if you and the athletes you’re watching are putting their lives on the line just to be there.

I can hear the chant now, about how everything in life involves risk. It’s the same idiotic mantra we hear from folks who think gathering in Tulsa for an indoor political rally is a great idea. Sure, everything involves risk. The point is calculated risk. Notice how most people who leap from airplanes take along a parachute – which they hope works. It’s a matter of risk assessment. Right now and for the next few months in the sports world the risks outweigh the benefits.

All of those beautiful arenas. They’re going to remain empty for a long while.