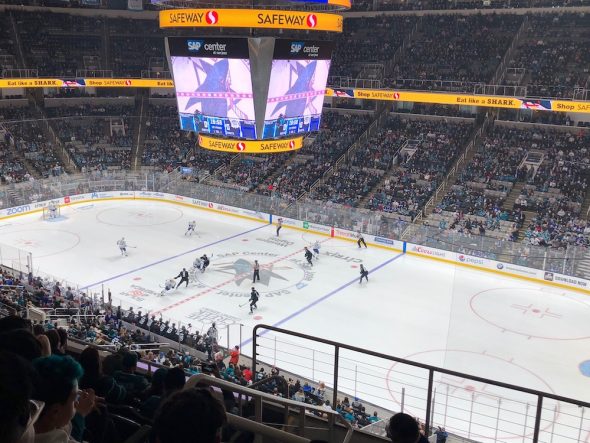 The notion that sports should keep to its own little world and athletes should remain out of politics has never been less plausible.

That’s for two reasons these days: the one having to do with the permeability of Covid-19; the other because athletes have never been more aware of their place in the public spotlight.

On the first issue, consider that within its first week of returning to the national sports scene with live action, Major League Baseball had to cancel 20 percent of its slated games because of infections afflicting three teams: the Miami Marlins (with 18 players and 3 staff testing positive), the Philadelphia Phillies (2 staff) and the St. Louis Cardinals (1 player, 3 staff). When you have teams traveling with club personnel and setting up in visitor locker rooms, infections travel quickly and linger. A few isolated cases can readily become an outbreak.

This is the nightmare scenario facing all team sports, both professional and amateur/collegiate. For now, three major sports are underway following very different models, though all without paid spectators. Football is standing by watching, hoping and wondering if those sports can be made to work. Professional golf, meanwhile, seems to have had the easiest time of all, probably because without having to worry about the group dynamics of a team the players are individual entrepreneurs, responsible only for their well-being and that of their closest compatriot, their caddie.

NBA basketball, with only 12 players per team and a small retinue of coaches and handlers in support, has taken the dramatic approach of huddling everyone in a bubble in Disney World. What looked like a safe plan suddenly got risky when Florida, under the genius guidance of a governor who doesn’t believe in masks or social distancing, saw a big spike in infections. The National Hockey league, by contrast, fled north of the border and has set up shop with teams committed to playing their games in one of two cities, Edmonton and Toronto. At least they are in a country with a unified national policy dealing with the virus.

Baseball, with 60 games, 30 home and 30 away and frequent air travel, took the biggest risk and appears already to be paying the price. There’s a distinct possibility, as MLB commissioner Rob Manfred has already warned the players’ union, of the make-shift season being cancelled altogether if improvements are not made in player behavior. Interestingly, MLB has also quietly told its broadcast media partners to prepare for alternative programming in case of a complete shutdown – in other words, taped replays of classic games.

It might seem impossible to imagine American life without the National Football League in action. We’ll find out soon enough. Right now NFL plans call for a season as usual, though almost certainly without any fans. There’s limited group travel, since they play only once a week, but moving teams is like transporting a small army, what with at least 45 activated players per game, plus as many gameday sideline folks involved,

One thing you learn from watching any of these sports closely – none of them is “non-contact.” Ask any basketball player how much impact there is as part of the game. Of course, hockey and football are nothing but direct collision. Even baseball has its moments of impact on the bases. The idea of maintaining isolation during play is untenable.

So, too, off the field, which is the real problem. Athletes, by nature, train, usually together. Or they wander around in boredom, with some of them looking to enjoy the social life that comes with being famous. Whether they can control and discipline themselves long enough for a season to flow properly is very questionable. Even under ideal conditions, there are those “permeable moments” when infection can sneak in – via bus drivers, clean-up crew or food service people.

The situation is far more precarious for college football and basketball. These athletes not only carry the burden of training and traveling together. They also bring with them the culture of campus life. Ask any college administrator what a nightmare it is to figure out how classes and everyday dorm life can proceed under the best of conditions. Add to that the complications of a team sports schedule and you have no chance of being able to complete a season. Not in 2020.

We have failed as a country to develop a comprehensive national policy to deal with the coronavirus. It’s unreasonable to expect the burden to be dealt with, by default, by individual athletes, leagues and sports commissioners. That’s simply asking sports to exist in a vacuum. The virus does not respect such spaces.

As for the athletes, what’s interesting is how engaged they are now in their own welfare as a guild. Players associations are taking an active role in negotiating with team owners and sports leagues in determining guidelines for their own safety. In every case, players have been allowed to opt out voluntarily rather than required to play.

This is part of a newfound sense among sports figures that they are not just performers but full human beings with control over their bodies and their minds. It should not surprise or anger fans if these athletes are also exercising their awareness of the social conditions under which they live and under which their fans live. Black athletes in particular, who form the majority of players in the NFL and the NBA, are taking a public stance on everything from social justice, civil rights, police brutality and voter registration. The issue goes well beyond whether they kneel during the national anthem or display Black Lives Matter banners. We’re seeing far more activism, public service work, charity and civic engagement by sportsmen and sports women eager to make use of their identities as public figures.

Traditional sports fans and conservative commentators might decry this form of expression. But it’s too late to force sports back into a little bubble. There is no containing sports as somehow isolated from the larger culture.